Seasonal holiday wares are in full display at the Baychester Barnes & Noble in the Bronx. Red and white tins of spiced black tea, peppermint bark, and mugs bearing the grinning faces of Snoopy and the Grinch adorn the entrance to the bookstore’s café. Kids fresh out of school for the day chase their siblings around the carpeted children’s section and beg their parents for new books.

And yet, the Baychester Barnes & Noble is slated to close its doors at the end of this year. It is currently the only bookstore located in Bronx – a borough of nearly 1.5 million people in New York City. According to Metro US, the last independent bookstore in Bronx, Books in the Hood, shut its doors in 2011. The next closest Barnes & Noble is in Yonkers, north of New York City. 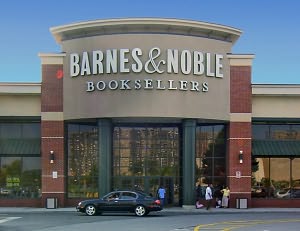 The Baychester Barnes and Noble in the Bronx. Photo credit: Barnesandnoble.com

The shuttering of Barnes & Noble in Bronx is only the latest in a series of closures over the past ten years, though they have become fewer in recent years. According to Fortune.com, Barnes & Noble store numbers dropped from 793 in 2007 to 648 in 2016.

Although Barnes & Noble has pledged to open up a new bookstore in the Bronx sometime in the next two to three years, the community will still be for a time bereft of a key place of learning and tranquility, especially for its youth.

It’s an interesting dilemma in New York, where residents usually mourn the closing of independent stores due to gentrification – not a chain retailer like Barnes & Noble. But, I understand the feeling.

Growing up in the suburbs of northern California, I loved going to my local Barnes & Noble. I would curl up between two aisles and devour one book after another, reluctantly retreating from my cocoon after three hours to find my mother at the appointed time and depart. A chai frappucino and a set of good books at Barnes & Noble was all I needed.

When the Barnes & Noble near my hometown closed down a few years ago, I experienced a keen sense of sorrow, knowing that when I went back home, the site of many good childhood and teenage memories would be gone. I chatted with my mother, begrudging Amazon for decimating bookstores nationwide while I simultaneously bought a Kindle.

So I brave the long sojourn from Manhattan to the Bronx, taking the subway and then another bus that drops me off at the side of a lonely highway next to the Bay Plaza shopping center – a strip mall with a Stop & Shop and Bob’s Discount Furniture, among other stores. There isn’t a single mom-and-pop store in sight.

And there it is. Flanked by a Kmart and a Forever 21, stands the Barnes & Noble. It appears like any other any Barnes and Noble, with a red brick façade and posters in the window advertising discounts for children’s books like If You Give a Mouse a Cookie. Bestsellers like The Girl on the Train and Ina Garter’s new cookbook are prominently on display. 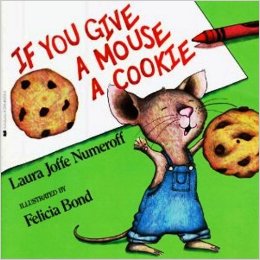 Strolling in, I ask an employee if she has any thoughts on the closing of the store. She remarks with a curt “We’re not allowed to talk about that.” So I ask for her manager.

While I wait, I approach a woman and her young son at the front of the store, and start chatting with them. Her name is Heather Arminio, and she’s aghast to hear that the store will be closing its doors. “We’ve been coming for years. I brought [my son] since he was a little kid, we would come to story time on Saturdays, and he would always come to pick out books. I’m a little upset because I don’t like to order books online from Amazon. I like to physically come to the store and look at the books.”

While I’m talking to Heather, the store manager, John, a short man in a polished red collar shirt, interrupts me. He’s all smiles, but I know this is no laughing matter. He never says outright that I can’t interview anyone, but the threat is implicit, as a security guard walks back and forth across the storefront. He fumbles at the counter for a bit before handing me the contact information of B&N’s corporate headquarters.

We shake hands and part. I walk over to the Starbucks cafe in the corner of the store, still wondering how I nearly got kicked out of the nicest place at in the world – apart from Disney World, of course. I guess there’s a downside to Barnes & Noble’s corporate charm. The chai frappucino is as sugary as always, but it leaves a sour taste in my mouth.

After finishing my drink, I head out the store, and set up camp outside the front door. Luckily, I don’t need to wait long. Jane Willis, a twenty-something pre-K teacher, reminisces about the times that she and her friends spent here as teenagers, and thinks with sadness about the children who won’t get to do the same.

“Now where are they going to go to enjoy the books, to enjoy that family time with their parents?”

Jane sighs. “It puts everybody at a disadvantage. A whole community of people, people like me. Where can we get books? I shouldn’t have to go to a different borough to get books from a bookstore.”

If she had to choose between traveling to Manhattan or purchasing books from Amazon, Jane says she would choose Amazon. Score 1 for Amazon. 0 for Barnes & Noble.

Many have credited the decline of corporate bookstores such as Barnes & Noble with the ease of purchasing books online on Amazon and the rise of e-readers like Kindle. RIP Border’s, another chain bookstore and former B&N rival that bit the dust a few years ago. Photo credit: Amazon.com

Shortly afterward, I spot a middle-aged woman carrying a petition and a pen, her eyes resolute, as if set on a mission. Her name is Marie Placide. Marie comes to the bookstore frequently to attend writer’s workshops and do research for her book on Haiti. Her daughter was a valedictorian at Truman High School in Bronx, and the Barnes & Noble was often a place of academic refuge for her, a place where she could walk to after school and study in peace. Marie says dishearteningly:

“We don’t have many spaces where parents can come with their kids that are quiet and intellectual spaces.”

Except for the Barnes & Noble. The local library may offer some respite, Maries says, but it closes early, and lacks books that students need, such as high-quality SAT prep-books.

And so Marie stands with her clipboard outside the bookstore, valiantly attempting to save the Barnes & Noble from imminent foreclosure. While I’m chatting with Marie, a line of people has formed that want to sign the petition. One of them is Jose Garcia, who is here with his daughter, Melanie Garcia, a student at Hunter College. Joe says:

“We get coffee here. I don’t even live here. We come here just to have coffee, a hot chocolate, and just to sit down and relax.”

For Jose and Melanie, like so many others, this bookstore is a comforting place of nostalgia where they would come to attend midnight openings of Harry Potter. Jose mournfully continues:

“The store that’s coming in here – the Bronx can’t relate to that store. We have no need – that’s store’s not going to fill a void. “

The store that Jose is referring to is a Saks Off-5th, which is replacing the Barnes & Nobles and has already signed a lease with the landlord. Indeed, in a mall filled with Forever 21s and the like, adding yet another retail clothing store – a place that would certainly lack the sense of community that has flourished over the years at Barnes & Noble – seems like a bitter pill to swallow.

The logo for Saks Off Fifth, the retail discount store that will be replacing the Barnes & Noble in Bronx.

As I walk away, I’m left with a sense of despair this holiday season

But, per recent developments, it seems that all is not in vain. Noelle Santos, a local Bronx resident, is planning to open up her own independent bookstore, The Lit. Bar, early next year. The unique name for the proposed bookstore stems from two things that will flow together in the proposed bookstore: literature and wine.

So while it wouldn’t be the same as the current Barnes and Noble, Bronx residents may have already found another bookstore to love and cherish come Christmastime next year.