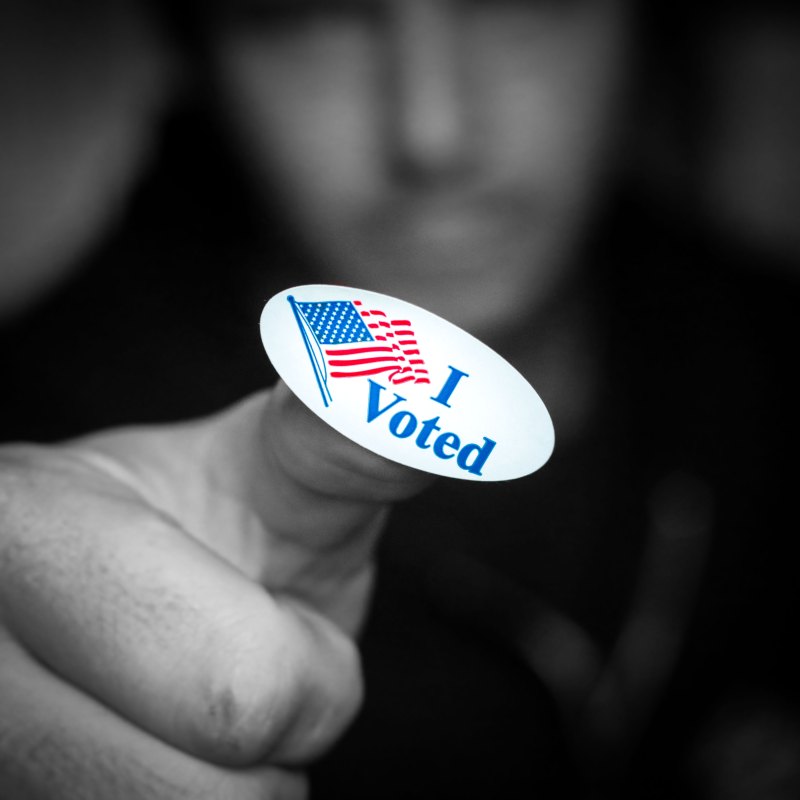 It is pitch black outside when I wake up. At 5:00 am, it is too early for this night owl to function, and yet I must, since I have to be at the polls in just over an hour to set up. It’s election day: November 6, 2018. I stumble in my groggy stupor to the bathroom, and realize I don’t have time to wash my hair, so me and my bed head will have to do. As we hop into the car, my dad, asks if I’ve brought any candy or snacks. I say that I’ve brought an apple for him. My dad just responds, “Maybe I’ll fast today.” I text our poll inspector that we’re running ten minutes late as we breeze through the dark, winding streets of our hometown of Lafayette and then the neighboring town of Moraga, where we’ll be volunteering as poll workers together. In a fortunate stroke, we got placed at the same polling location, so we carpool and prepare for a day of civic duty and father-daughter bonding.

We stroll into a school library with its colorful maps and computers and middle-grade novels, which has been repurposed today for arguably the most vital of our democratic processes: election day. We greet our fellow poll workers and get to work assembling one of the red-white-blue voting booths while our fellow workers ready the ballot scanning device, set up the check-in stations and display ballot translation guides in Spanish, Mandarin, Korean and other languages. Although I speak Spanish, I’m not sure how many of the other poll workers here are multilingual. I tack a voter’s bill of rights to the staid blue library door.

Two or three eager voters line up to vote early, and we advise them to patiently wait until the fast-approaching 7 am poll opening time. About 6:58, the poll workers assemble, right hands raised, to take the poll worker’s oath. I don’t remember the words, but the solemn nature of the process makes me feel like I’m back in elementary school reciting the pledge of allegiance. And then we take our designated places. Three of us (including me) check voter registration in alphabetical order by last name, one table each for A-F, G-O, and P-Z. One person staffs the eligibility review station where a clerk helps individuals who need provisional ballots if their name doesn’t appear on the voter rolls.  Another man sits at the final station where he hands out ballots in a dark green envelope to the voter, so they can fill out those ovals in privacy. Another clerk shuffles around supplies, and our last clerk stands by the ballot scanning device, waiting to assist people. And then, our inspector yells, “Polls open!”

I make a mental note every time I see a young twenty-something person or eighteen-year-old strolling up to the polls, but there are not nearly enough. A few, like the black first-time teenage voter with an easy-going smile, stand out from the pack of forty and fifty and sixty-something-year-olds. Other children, barely tall enough to see over the registration table, stare wide-eyed around them as their parents cast their ballots. They can’t vote, but we give ‘em the perks of an ‘I Voted’ sticker anyway. Their treat for coming to the polls and (mostly) not crying. Several voters appear to be English-language learners, and it warms my heart to see these older individuals (mostly Asian but also a few Middle Eastern and Hispanic individuals) show up to the polls this largely white suburb.

I check-in a young man and his mother on the voter rolls. The young man, possibly an individual with a learning disability, sits on the floor reading a library book as his mother completes the ballot on his behalf. But when I talk about it with my father afterwards, I realize it’s much the same as an individual who has a physical handicap authorizing someone else to fill out their ballot on their behalf. Another voter scoffs when the poll worker to my left, an older retired woman, tells her that we don’t require proof of ID in California. “I could say I was anyone!” the female voter says, astonished, as she returns her driver’s license to her wallet. Another blonde woman with an accent, possibly European, grows angry as we direct her to fill out a provisional ballot because she is a vote-by-mail voter and her name does not appear on the voter rolls. ”We should be making it easier [to vote],” she retorts. I’m generally inclined to agree with her, but I don’t say this aloud because that’s not my place. We make no talk of voter requirements, politics or party affiliation here.

Meanwhile, the scanner gets jammed as an impatient voter too hastily feeds her ballots into the scanner, and the waiting line grows long. One woman checking-in at my table wonders if she should come back later to vote. But, fortunately, the machines recovers and the tiny dings that indicate the machine’s functioning, continue unimpeded. My nametag falls off at some point during the day, but I’m too busy to replace it. A few poll watchers—or concerned citizens monitoring the electoral process—swing by, including a woman who wonders why our duplicate voter rosters are not presently available for public viewing. We’re still updating the duplicate voter rosters and checking off who has come to the polls to vote, so she says she’ll return later, which she does, coughing profusely as she runs her fingers through the roster.

The steady stream of voters throughout the day keeps us busy, but there are moments of respite, which allow us poll workers to interact with each other like normal human beings. The inspector running our polling place is a bearded fellow around my age, but among the clerks (AKA the rest of us poll workers), I’m the only person there under the age of 40, though I don’t realize this until my fellow poll workers comment on how young I am. Multiple times. My fellow poll workers are mostly retirees. Including me, there are three women. The rest are men. We get along, crack a few jokes and cover for each other during bathroom breaks. During the moments of downtime, we chat about the brisk morning weather and one poll worker’s easily excited Siberian husky who can’t be let off leash in public. Our inspector brings around a pastel-pink box filled with donuts, and another poll worker gives me hell for eating the one with sprinkles.

Although this is my first time working the polls, the other poll workers keep remarking what a great turnout this has been compared to previous midterms. And slowly, but surely, we fill out not one, but two blue bags bulging with vote-by-mail and provisional ballots. And the ticker on the ballot scanning device (where people voting in-person at the polls scan their ballots) creeps from 70 to 140 to 200 to 350 voters and beyond as people schlep straight from the office to the polls in the evening hours. But then the sun sets (too early—curse you, daylight savings time) and the swell of voters ebbs to a mere trickle. We run out of “I Voted” stickers, much to the chagrin of the dwindling voters. Two or three last stragglers complete their provisional ballots and we begin to take down the signage and close up shop. Then at the stroke of eight, the inspector yells, “Polls…are…closed!”

We begin to tally up the number of voters who have signed in on the voter rolls, which feels like a high-stakes grade-school arithmetic exercise, with the fate of democracy in our hands. Sort of. When we compare our count with the automatic results of the ballot scanning device, we’re only off by one signature/vote, which the inspector tells me isn’t bad. I tack the election results from the ballot scanning device, listed on a seemingly endless paper—like a CVS receipt—to the library’s front door as the inspector places the results of the days election in the all-important red security bag, which the county will use to report the night’s results to the media. The other clerks remove the ballots from the black scanning device and seal them up in lime-green boxes. I assist in packing and sorting the hundreds of provisional ballots and vote-by-mail (VBM) ballots into their own clear, plastic bags. Then we round everything into truck of their inspector’s car as we say our farewells in the now-empty school parking lot.

The inspector needs a clerk to accompany him to drop off the results and the completed ballot, which I do, while my dad follows in his car. And then the day is done. The election is over. At home, the headache of anticipating the results awaits. But as tiring as the day was, it was probably less stress-inducing than watching the results flicker in on CNN or Fox or your cable news station of choice. Would I do it again? I’d be open to it. I’m moving to LA in a few months, and if I do work the polls again there, I hope to see more diversity on all fronts—both in voters and in the poll workers. But for now, here’s a little slice of what it’s like from the other side of the registration table. For those who showed up to the polls or canvassed to turn out the vote: thank you. And please: thank your poll worker.